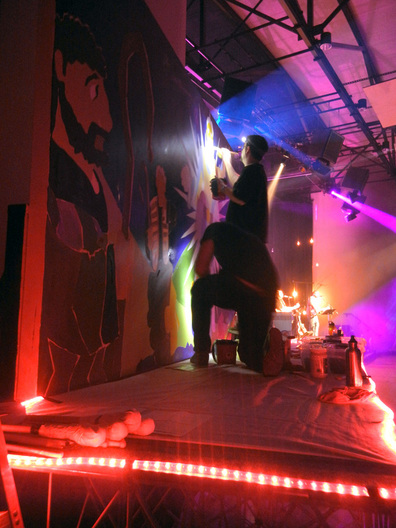 In mid October I was contacted by Erik Oldberg at FBC about an idea he had for the upcoming Advent Overflow.  He imagined two huge 8' x 12' canvases on either side of the stage being painted by two artists a piece.  The enormous paintings would be started and completed within the time frame of the event and then combined at the end to reveal that they were, in fact, one giant image.  It would then be revealed that these canvases had hidden black light paint that would be illuminated and glow as the climax of the evening.  On top of all of that, this would have to be completed twice as there were two Overflow services planned this year.

My initial reaction to Erik's email was that it sounded impossible given that the event was only a month and a half away.  It was such a big, huge, crazy idea and just thinking about the amount of work involved in pulling off something like this made me feel overwhelmed and nervous.  I couldn't, however, stop thinking about what an incredible moment that would be when two enormous paintings that had just been feverishly painted right in front of an audience were brought together to form one cohesive image that glorified God.  It would be an unbelievably powerful way to demonstrate worship through art.  Could I honestly pass up an opportunity like this?  My wife and I spent a lot of time over the next week talking and praying about what it would mean for me to be involved in something like this and we both finally agreed it was something I should take on.  My wife was amazingly supportive throughout the entire process.  She encouraged me when I was overwhelmed by doubt and was understanding when I had to be gone nearly every night the week before the event.

It took a long time for me to decide on a composition for the paintings.  The original idea was that the painting would echo the theme of the evening which was emphasizing the world being trapped by sin and our need for Jesus.  I had explored ideas that initially included the tree from the Garden of Eden, the Tower of Babel, and the golden calf made by Aaron.  These were to be iconic images of sin to contrast against the entry of Jesus into the world as our Savior.  Ultimately I realized these ideas were far to complex for a project of this size and scope.  While reading through all the gospel accounts of Jesus' birth I was inspired by the story of Luke 2:8-18.  It was amazing to me to think about to whom God decided to announce the arrival of his son into the world.  He did not contact the kings of the world, or the fabulously wealthy, or even dedicated scholars.  Instead he sent an angel to tell a few lonely shepherds.  I  saw an affinity between the shepherds and our church family.  We are just everyday people who have caught sight of Jesus.

The shepherds on the left of the canvas are scared and alone in the dark, just like we all were before we encountered Jesus.  But then there comes a moment when God reveals himself to us in a way that cannot be denied and we are forced to respond.   The shepherds in Luke 2 respond by immediately seeking after Jesus, eager to find him and experience the presence of God.  Again, our church family is made up of people who have had the reality of Jesus revealed to them and are now doing their best to follow after him.  Hopefully, like the shepherd in yellow, we do our best to point others to Jesus and beckon them to come along with us.  I also enjoy that immediately after the angel appeared to the shepherds they witnessed the multitude of angels singing praises to God, which is what we were all doing the night of Overflow.

Initially I had planned the black light elements in the painting to be a giant Ithycus (Jesus Fish) which is hidden in the landscape of the painting.  (The stone wall is one line in the "tail" of the fish.  This follows the curved hill in the background.  The tip of the fish meets just behind the head of the shepherd in blue.  The landscape then curves down and back up to the cave with the nativity.)  After a lot of experimentation I decided the Ithycus just didn't work out like I hoped and we decided to emphasize the angel, the nativity, and a starry sky.

In order to paint something of this size in such a short amount of time, there needed to be a great deal of planning and simplification.  The canvases essentially became giant paint by number images.  After creating a scale drawing which we traced onto the canvases, I developed a color guide in which 18 different colors were plotted out so that we could quickly reference and paint the various shapes without having make decisions during the performance, we simply needed to paint and paint fast!

The other artists that came along side me for this project included Brad LeDuc, Ryan Johnson, and Laramie Appenfeller.  They all did an absolutely incredible job and it was such a joy to work with them on this enormous endeavor.  They provided a ton of ideas, helped with planning, preparation, and always maintained a level of excitement for the project that kept me from becoming overwhelmed.

Without question, this project has been one of the most satisfying experiences of my career.  The entire evening was incredible and it was amazing to see God being praised in so many different and creative ways.  Once all the planning was done, we were able to focus on doing the best paintings we could and enjoy the process which was an absolute delight.  My hope is that the scale of this project allowed those attending to look right past us and simply revel in the presence of God. (Matthew 5:16)  I pray that everyone not marvel at what WE did, but instead witness what God did when we simply made ourselves available with the gifts he had given us.  Whenever any of us have an opportunity to use the talents God has given us to praise and worship him, we are truly doing what we were made to do.  And I am humbled to have been able to be a part of an evening like this.

Below are a collection of pictures from the initial idea, the preparations  and the actual work of painting during the service.  You can see many more pictures from the entire Advent Overflow service at: http://photos.fbctopeka.com/Worshipnights/Advent-Overflow-2012/ 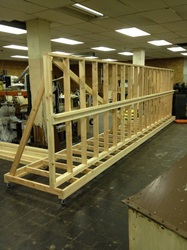 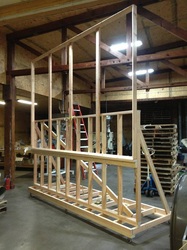 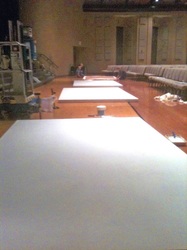 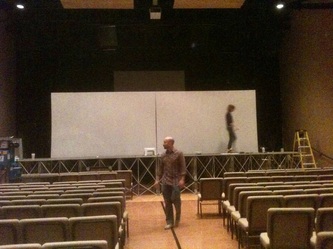 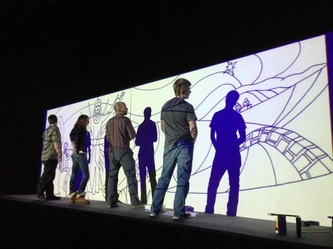 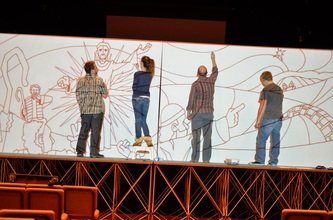 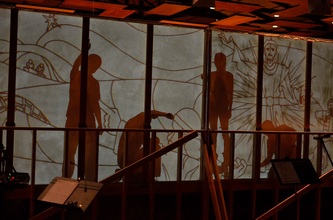 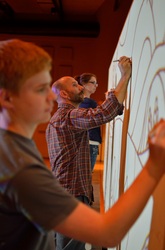 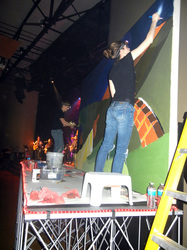 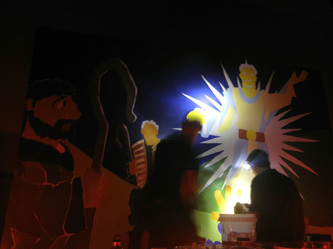 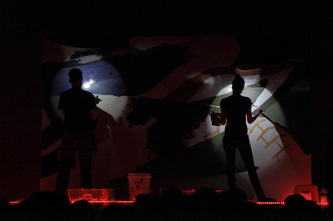 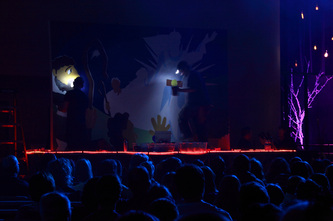 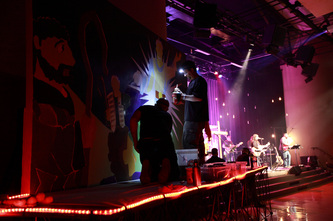 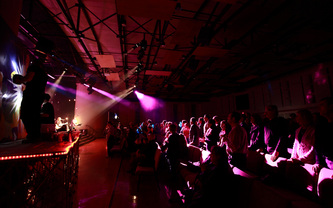 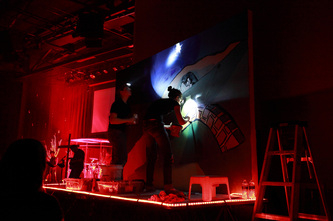 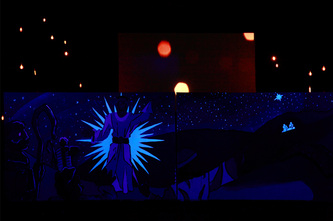 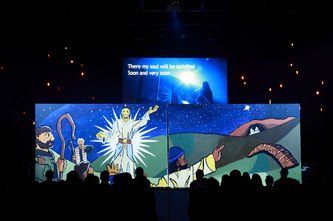 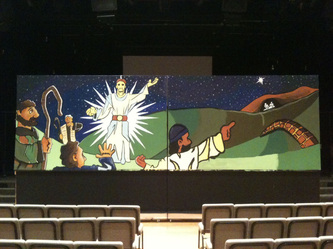 Want to see more Special Projects?  You can use the links below to navigate through the gallery.